my kingdom for a tree, or two… 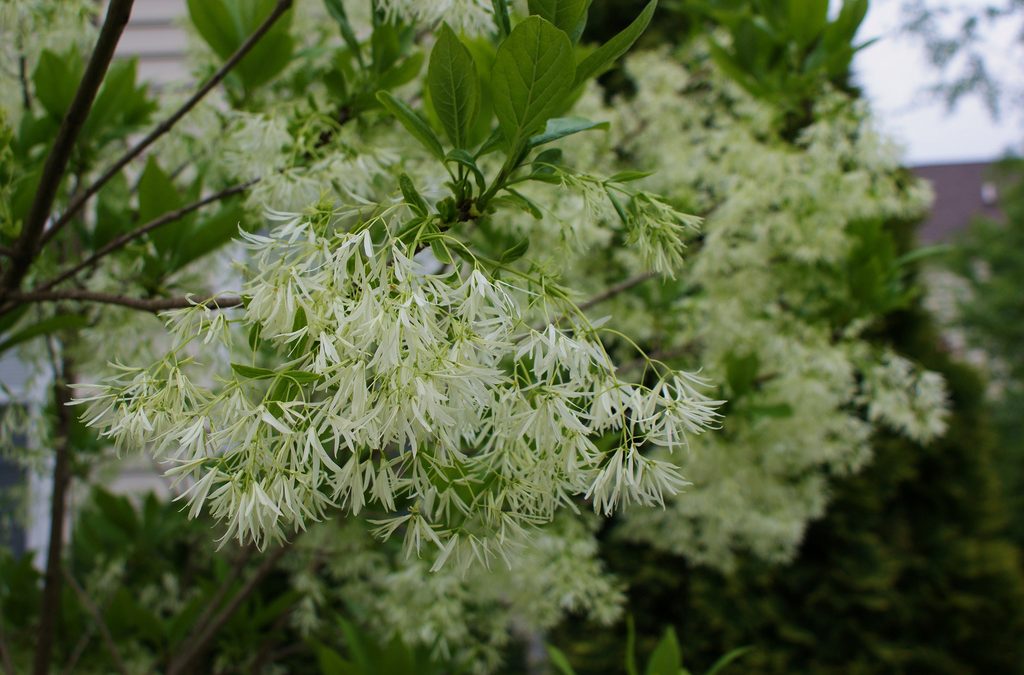 Do you count losses from pesky winter weather as opportunity? That’s the path I’m taking. This small tree/large shrub for instance. Do you think it’s a sign that I can never remember its name? Oleander? No, that’s not right. It has Rosemary-like foliage. It’s from New Zealand, and I bought it at Xera Nursery. I transplanted it from my Alameda garden. But I have a devil of a time remembering the genus.

This poor plant was almost out of the ground after the snow and wind and ice. Now as I look at the picture, I see traces of green. Maybe it would have recovered. It was fine, but no love affair here. And there are so many other good contenders. By all means, register your opinions.

This tree has been talking to me for a while. It would be lovely in the back fence garden. That’s where the un-named tree met its demise, right there beside the Fatsia japonica.

That other spindly plant still there. Hmmm. I thinks it’s a Pacific Northwest native that I’ve moved several times. Red Flowering Currant, maybe. Poor thing. I need to find it a permanent location, or…

Right now it looks like there’s plenty of space in the beds, but you know how it goes.

But back to the Fringe Tree.

Look at those silky flowers, and fruit for the birdies in the fall. Oh my.

Another large shrub or small tree that’s been on my lust list is Heptacodium miconioides aka Seven Son Flower. I saw this tree at Treephoria–a boutique tree nursery in Boring, Oregon–and was smitten at first sight. It has year-round interest–textured dark foliage, fragrant white flowers in summer, followed by equally attractive red sepals that persist until frost, and exfoliating bark. Pretty terrific, no?

Not to mention, the last line about Seven Son Flower in the Missouri Botanical Gardens description, “Good Source of nectar for butterflies in the fall.” Perfect.

Amelanchier  x grandiflora ‘Cole’s Select’ has been on my lust list for ages. I saw a picture of it in a gardening book years ago, but I’m likewise challenged to remember the book title. Occasionally, I’ll come across it and think, oh, that’s right. I’ll remember that. But, no, I won’t. I do recall where I last saw the book–at my friend Cathi’s house. I was by her place a couple days ago, but she’s in the middle of a kitchen remodel. I did not find the book.

I’ve read that Amelanchier has some issues. Missouri Botanical Garden says “None serious,” just rust, leaf blight, leaf miner, powdery mildew. Sounds kind of serious to me, but is it enough to keep it off the lust list? I’m a piker when it comes to dealing with plant problems–and would make a good Queen of Hearts.

Also Embothrium coccineum aka Chilean Fire Bush. In truth, I’ve killed two so far. But I really want to be successful with this one. Hummingbirds go crazy for it. Should I give it one more try, or have the tree gods spoken?

So a theme is developing. I want backyard borders with trees and shrubs to support birds and butterflies, and bees and other beneficial insects. And I want it to feel a little like paradise. That’s not asking too much, is it?

I’ve been studying, but you know the drill–if you’ve got a brain that played “Dictionary” as a kid. You look up a word, and then look up a word from its description, and on and on. That’s akin to how I research trees. And shrubs. And perennials. Etcetera.

I hear people say they’re on the hunt for this particular plant or that, and I’m so envious. How do they keep track? I have a general rolodex in my head, and lists galore, but I’m such a cheap date. Any plant can turn my head. If I ever get my garden to the point where I’m not reworking the whole thing, it will be a miracle.

Then the question of mother nature intervening, well, that’s a whole horse of another color.